This is the second year for the Brain to Books Cyber Con (#B2BCyCon) and it looks to be huge. So what is it? In the words of Angela B. Chrysler, organiser extraordinaire:

“Last year 200+ authors and readers came together for this three day event. Modeled after Comi-Con, the Brain to Books Cyber Convention in online, free, and connects readers to authors. Authors basically put on a fantastic show for the readers. And yes, we want readers there! This year marks our second annual Cyber Convention. It is held here on Goodreads. This year we have expanded it to Facebook.”

All the authors are busy getting their booths at the fairgrounds covered in bunting, streamers, balloons and looking spiffy for you – the readers.

Author Shane Wilson has taken the time to tell us what it’s like in the lead up to B2BCyCon 2016.

A Debut Author on His Debut at the Brain 2 Books Cyber Con? 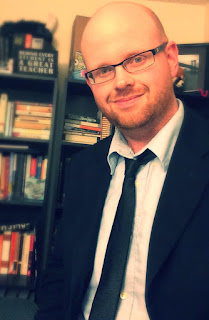 I will never forget my experiences with writing and book conventions. They have been some of the most valuable experiences of my life. As readers, we load up and drive to conventions to meet our favorite writers. We stand in long lines to get them to sign our copy of their book. There is something beautiful and communal in that act. We have often spent hours poring over every detail of each page. If you’re like me, you read with a pen—underlining the beautiful passages and writing single-word exclamations in the margins. “Wow!”
I was a participant in one of these beautiful and communal acts on the campus of NC State University in Raleigh two years ago. I sat in a large room and listened to one of my favorite authors talk about his work. That man was Junot Diaz, and I stood in a long line for a chance to shake his hand and get his signature. The book he signed for me was This is How You Lose Her, and it was the book I was reading when I started writing my debut novel A Year Since the Rain. I told him how his book inspired me, and I’m sure it was nothing he hadn’t heard seven million times, but it felt good to give him that appreciation that I felt he deserved. His creation had inspired. That’s big, man.
Appreciation is funny that way. It often means much more for the person showing the appreciation than it does the person being appreciated. 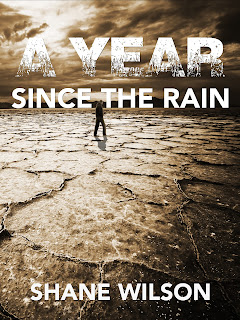 But now I get to slip around to the other side of the pen. The Brain 2 Books Cyber Con will be my first convention as a published author, and I am incredibly pumped for it. Not only do I get to meet tons of readers and other writers I’ve never met before, I don’t have to change out of my pajamas to do it. In the business world, they would call that a “win-win,” I think. I honestly don’t know, though. My business knowledge is limited to The Office re-runs on Netflix, which is probably not the best MBA program out there.
When I first heard about the B2B Cyber Con from a fellow author-friend (shout to Ed Ireland), I wasn’t sure what to expect. Is it possible to capture the same magic of a brick-and-mortar book/writing convention online? But my curiosity was peaked, so I investigated the Convention groups on Goodreads and Facebook, and I read about what they are offering to readers. I have to say, this is an impressive undertaking by our fearless leader, Angela B. Chrysler, especially considering this is the convention’s second incarnation.

In short, the convention is expecting hundreds of authors to come through during the convention (April 8-10). All of the events are held online in the Goodreads Fairgrounds—where authors have virtual booths set up with their books and other materials. Some are even sponsoring giveaways. In addition to Goodreads, B2B Cybercon will be hosting hour-long author takeovers in their Facebook event all weekend. In fact, I’ll be there from 7-8 PM on April 8! If you want in on the fun—and you do—just click over to the links provided and join up.
So I’ve been asked, as a first time attendee, to speculate on the proceedings. I don’t know how helpful I’ll be on that front, but I can say that there are some very cool things happening Backstage at the convention’s fair grounds. There are plans in the works for live panel discussions with authors on a variety of topics from genre discussions (YA for Adults) and world building to writing about abuse. I’m personally very excited for these panels as the panels are often the most rewarding aspect of physical conventions.
Readers that come through can expect to find their favorite authors (and new favorites…ahem) answering questions at their virtual “booths” as well as hosting panels and behind-the-scenes video broadcasts. There are also rumors of a Character Tournament (Heroes vs. Villains). I’ve never witnessed a character tournament, but I can only assume it includes a fight to the death in some way. To the victor goes the spoils, amiright?
I think the Brain 2 Books Cyber Con is going to be a TON of fun, and I hope to meet all of you there! Look for me and my book, A Year Since the Rain. I’ll see you in April.

For more about the convention check out this excellent interview with the guru of Brain to Books – Angela B. Chrysler
Interested? What now?
Join the Brain to Books Fairgrounds Group.
CC Rogers has designed a wonderfully
easy map so you can search the fairgrounds by genre/ author.

A Year Since the Rain, B2BCyCon, Brain To Books Cyber Convention, Shane Wilson