Tell us a little bit about yourself please? 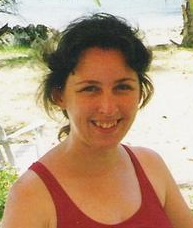 My parents were German migrants and I was born and raised in Sydney, so I was aware of other cultures and languages as I was growing up.  My mother loved history, and my father loved the written word, so at an early age I was reading about history and other cultures.  These interests grew over the years until one day it all came together and I decided to write a novel incorporating my favourite subjects in history and culture.  Besides writing, I am also passionate about art and music, and my other interests include languages, photography and genealogy.

What books did you like to read when growing up?  Have those books influenced you?
Apart from general children’s books, I remember being fascinated by Ancient Egypt, and as my father always valued his encyclopaedia collection, I began looking up subjects I wanted to know more about in his Encyclopaedia Brittanica!  But more often than not I enjoyed reading mysteries:  The Famous Five and The Secret Seven, for example.  Perhaps looking things up in encyclopaedias has influenced me the most, because I still love researching and knowing facts, then building a story around those facts.

Had you always wanted to be a writer? (If you enjoyed writing as a child, was this something that was encouraged by your family?)
Although I never thought about being a writer as a child, I did do a lot of writing, such as short stories about my experiences. For a school project in 6th grade,  my teacher wrote the comment “I can see that we are going to have another author.” At that time, I didn’t really believe him though!  I had many interests and dreams as a child, and fortunately, my parents always encouraged everything I was interested in.
Tell us a little bit about Rhuna Keeper of Wisdom and the series.  How many books will there be? 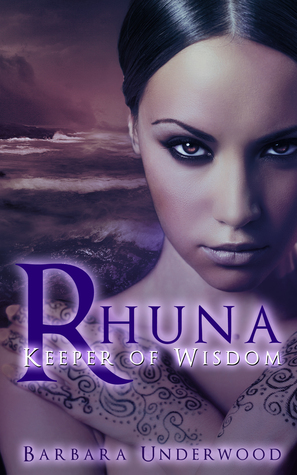 When I began writing Rhuna, I was only concerned with finishing the one book, but when friends read it, they said they wanted to read more, so the idea to write a series or at least a sequel began to develop. At first, I only wanted to express my ideas about the legends surrounding Atlantis and other unexplained mysteries of the past, such as who really built the pyramids and other megaliths, and how. Then the ideas of certain people with special powers developed, and I enjoyed combining people, their different personalities, ways of life and outlook on the world with some of the theories about ancient civilizations. Now that Rhuna and her world have been established, I can see myself writing many more books in the series.  I am writing the third book right now, and the fourth one is taking shape.  I can foresee a fifth and sixth one further down the line, too!
What age groups do you think your book is most suited to?
When I was writing, I didn’t have any age groups in mind, but since the first book has come out, some reviewers have said that it’s a great Young Adult book.  I’m sure that’s true, but I also believe that readers of all ages would enjoy Rhuna.

Can you tell us about your main character?
The first book, “Rhuna, Keeper of Wisdom”, describes Rhuna as a young teenager, around 13, who has grown up on a remote and isolated island in the South Pacific (Easter Island, in fact), but she has never been like the other children.  She finds out that her father was a white man from the legendary land of  Atlán (Atlantis) and that she has inherited her father’s special Atlan powers.  She is taken to an Atlan colony (Tonga) where she attends an Atlan school, and when she is an adult, she goes to live in Atlán.  The books tell the story through Rhuna’s eyes and, in the beginning, she is an innocent girl who faces challenges growing up.  In the second book, she is already a grown woman who sees the world differently, and overcomes obstacles in a more mature manner.  The reader can therefore identify with Rhuna through her emotional development, seeing the world as she does, which changes as she grows older.

What inspired you to write Rhuna Keeper of Wisdom?
The book is dedicated to Thor Heyerdahl because it was reading his books many years ago that started me on this path of fascinating discovery.  My father had an old 1950s copy of Heyerdahl’s book “Aku-Aku, The Secret of Easter Island”, and when I started reading, I was instantly hooked!  After reading the rest of Heyerdahl’s books, I ventured into New Age realms of esoteric books concerning ancient civilizations and their advanced knowledge and technology, and while I don’t necessarily believe everything I read, I found a lot of the information to be great material for a Fantasy series!

How much research did you have to do for this book? What did you learn writing the first book?
Long before I started writing, I enjoyed reading a wide range of books, but as I always tended to enjoy Fantasy, I read and researched mostly the “alternative history” theories.  This took several years, and during this time the idea for a Fantasy novel began to take shape.  Around this time, I also did a correspondence course in professional writing, and at some point I felt ready to embark on my first novel.   I’m not sure I learned all that much from writing the first book because I had learned good lessons in my course.  If anything, I learned that many of the lessons of my course were correct and were a great help to me in writing.  The main point that writing confirmed was to keep true to my own individual voice, rather than worry whether my style would appeal to everyone.
How much of yourself, your personality or your experiences, is in your books?
Quite a lot, come to think of it!   Writing the story from Rhuna’s standpoint, I often imagined how I would have thought and reacted to things. Also any of Rhuna’s interests, opinions and hobbies are reflections of my own.  Several experiences in the first book are based on my own experience in life, with people.

Can you tell us about the Sequel: Rhuna, Crossroads? 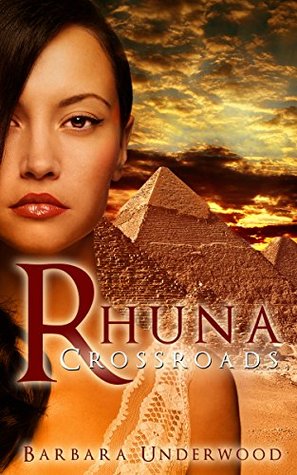 The sequel takes place many years after the first book, and Rhuna now has a teenage daughter who accompanies her to an assignment in Ancient Egypt, which was a colony of Atlán.  Although older, she had a nice, normal and uneventful life until this trip – her first without her husband and mentor.  On her own, responsible for her daughter, she faces many new challenges on all levels:  as an Atlan respresentative having to deal with problems when followers of her arch enemy, the Dark Master, turn up in Egypt; and on a personal level when she falls in love with another man!  Her life changes drastically during a short time, and while the story is complete in itself, the third book will carry on from where this one left off.

Was writing the sequel any easier than the first book?
Yes, it was.  In fact, after writing the first book, I started getting more ideas for further adventures in the same setting with the same characters, so it came much more easily because the settings and main characters were already established.  The end of “Rhuna: Crossroads” left some doors open, so it has been exciting to continue Rhuna’s adventure now in the next book, “Rhuna, The Star Child”.

Do you outline your books from start to finish or just start writing? Or a bit of both?
At first, I just start writing or working with a general, overall idea, then add things that I’d like to include, and during this process the outline for the entire story gradually takes shape.  I’ve found that while I might have a fairly solid outline set in my mind, it can change as I write because I think of better plot twists or new elements I’d like to include.

Every writer has their own idea of what a successful career in writing is, what does success in writing look like to you?
For me, success would mean a reasonable number of readers enjoying my books, and the word getting around that they are a good and enjoyable read.  It is not about having a bestseller or earning a lot of money from it.  A lot of my heart and soul goes into the books, so ideally, I hope to reach readers who appreciate my style and subject, and will look forward to the next book in the series, or any other new book I might write in the future.