Peter is the Australian author of Who Will Save the Planet?

A YA novel about a boy battling the “system” to enable action on climate change. 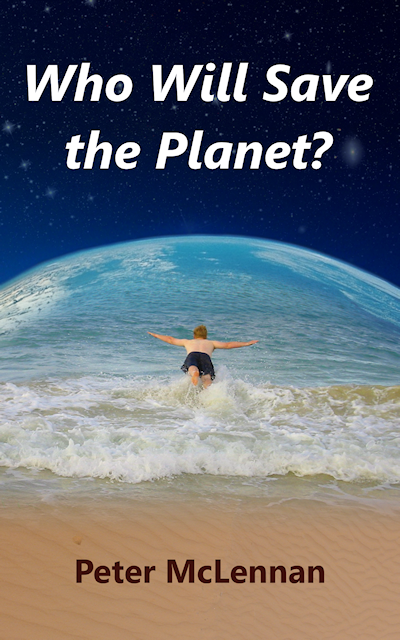 Firstly, let me express my thanks to Tracy for this opportunity. I hope this new site is a great success.

Tell us a little bit about yourself please?
I’ve lived in multiple Australian cities and towns, and currently reside in Canberra. I served for twenty-eight years in the RAAF as an engineer. Since leaving the Air Force, I’ve divided my time between writing fiction and developing software.

In addition to my engineering qualification, I have a degree in information science and a PhD in planning.I love playing computer games (so long as they’re not too taxing on my reflexes) and listening to classical music. I also enjoy playing the piano and flute, but nobody else enjoys it when I do, so I usually don’t.

What books did you like to read when growing up?
My uncle was determined that I should read the Biggles books by W.E. Johns, even though most of them were fairly dated even then. These doubtless influenced my career choices.

Since the young adult (YA) genre hadn’t really kicked off when I was a kid, I migrated fairly early to adult fiction; typically war stories and science fiction.

I also read a lot of non-fiction. I even worked through physics textbooks and teach-yourself-maths books for fun (or, at least, interest).

You’ve had a background in the RAAF and have been involved in numerous academic publications. What turned you towards fiction writing and, in particular, writing for a younger audience?
During my time in the RAAF, I was involved in a form of planning called scenario planning (or alternative futures planning). This involves writing hypothetical stories (ie, fiction) that describe possible future situations, to help managers determine how to plan for those situations. I was surprised at the extent to which the use of fictional stories could influence real-world decisions.

Had you always wanted to be a writer?
I detested English at school, and resented the fact that I often did better at it than I did at maths and science. So, no!

What motivates you to write?
I write to engage with other people. Readers are therefore highly valued!

Even though the main drawcard of fiction is entertainment, I like my stories to present ideas that prompt people to think, and possibly even to act differently.

If, peradventure, I happened to make a million dollars from writing, I wouldn’t mind that either.

Tell us a little bit about Who Will Save the Planet?

Fourteen-year-old Jason can’t work out how to get climate change fixed—until he saves the life of the mysterious and powerful Graham. Graham promises a reward, and Jason asks him to do something to stop climate change. The request is caught by the media, so Jason thinks the man’s trapped and has to keep his word. But Graham’s got other ideas.

Who Will Save the Planet? is the sort of novel I would have liked to have read when I was younger. It takes a real-world problem and builds a story around it. There’s some geeky themes in there for those who are so inclined, but they’re not critical to the plot.

The book is primarily aimed at 10–14-year-olds and up, but has been read by a few younger kids.
Available from: Amazon  and  Book Depository, Barnes and Noble

Can you tell us about your main character?

Jason is very smart, which sometimes causes him to be headstrong and over-confident. He loves computers and cars, and even gets to thrash a car around the neighbour’s paddock despite being too young to have a driver’s license. The science magazines he reads have made him worried about climate change, which puts him in conflict with his father.

Despite being sure of his opinions, Jason is a bit shy, so when his controversial plan attracts public and media attention, he doesn’t like it.

How much research did you have to do for this book?

I was exposed to many issues concerning climate change while I was studying at university. Even so, I had to do a fair bit of research to distil things down to an appropriate level for a YA novel.

Jason’s home town is fictional, because the plot required it to be a small coastal town and I’ve never lived in one. However, other settings had to be real, such as various landmarks in Canberra. My familiarity with Canberra was helpful, although I still had to do a lot of dredging on the internet to fill in numerous gaps in my knowledge.

Because climate change is a political issue, I also had to improve my understanding of a few political processes. Would-be readers shouldn’t be put off by this: I kept the details to the minimum required for the story!

The characters were carefully designed to fit the plot. That said, my notes contain references to real people who possess the personality and physical traits I had in mind. Various relatives, work and academic contacts (and a politician or two) get a look-in. But because each character borrows from multiple real-life exemplars, it’s not a simple mapping.

Regarding the politician in the story, I went to a lot of trouble to be politically neutral. Since I first started drafting Who Will Save the Planet? I think the character remains credible and representative of politicians generally. Despite the latter point, I did try to give him a few redeeming attributes.

Can you tell us about your next project?

The sequel to Who Will Save the Planet? should be published this year. It is tentatively titled Hot Quolls.

I don’t like sequels/series that recycle the same story over and over, so I determined to make the plot and character development quite different (in some ways, opposite).

In Hot Quolls, Jason is beset with insecurity resulting from his battle of wits in the first book. Despite that, he can’t resist when a girl from school asks him to join a rag-tag bunch of greenies (environmentalists) who are trying to prevent logging in the local forest. The greenies and the loggers all seem to be playing dirty tricks, and Jason has to use his computer smarts to find out who’s doing what to whom.

How much of yourself, your personality or your experiences, is in your books?
My books are definitely influenced by my experiences. Jason’s black-and-white attitude is something I observed commonly at university, and it didn’t strike me as being a very good basis for learning. I therefore took great delight in giving Jason a hard time over it.

I picked up my concern for the environment while at university, so the idea of a YA hero who saves the planet from an environmental challenge came immediately to mind.

I’ve realised that different aspects of my personality are in all of my characters. Worryingly, the characters I enjoy writing the most are the evil or thick ones. That should probably tell me something about myself, but I’m deliberately not letting it.

Do you set yourself a writing routine and a daily word limit?

I write, or do writing-related work, three days a week.

I don’t set myself daily word limits because I find there’s much more to writing than writing. For example, sometimes a good opportunity for promotion comes along and it would be silly to forego it for the sake of an arbitrary word limit. Planning, researching and editing are also not amenable to word limits, and I spend as long on some of those tasks as I do on drafting.

There’s also great variation in how long similarly-sized chunks of work can take. For example, at the moment, I’m editing Hot Quolls based on feedback from beta-readers. Some days I can fix up two whole chapters; however, one particular chapter required a full two weeks on its own.

Fortunately I’m self-disciplined to a fault, so I’m pretty good at avoiding distractions.

How do you write: lap top, pen, paper, in bed, at a desk? Do you have a favourite writing spot?

I’ve got a study with a brand new computer and two 24-inch monitors. There’s a nice spot by a river within walking distance, but I’ve resisted the temptation to try writing there because it might break my concentration. How people can write in coffee shops I’ll never know!

I’ve tried various software products intended for writers but I keep coming back to Microsoft Word. I’ve got Word so thoroughly customised with templates, styles and macros that nothing else comes close to being so productive for me.

Do you outline your books from start to finish or just start writing? Or a bit of both?

I’m an obsessive outliner. The plot outline for Hot Quolls is over 20,000 words; ie, half the length of a small novel! In addition, I write a lengthy profile on every character and setting, and I complete checklists for every chapter and scene. Drafting becomes largely a matter of turning notes into prose.
Even so, sometimes my characters don’t do exactly what I prescribe for them. For example, a dense thug in Hot Quolls was supposed to be only a minor character, but he was so much fun to write that he’s almost stolen the show.

Writing is a solitary endeavour and many writers are often beset by self-doubt. How do you deal with this?

Self-doubt is a problem. My pig-headedness forces me to strive for completion even when I harbour concerns, although that doesn’t assuage the psyche. For the latter, a single upbeat review from a stranger on Amazon or Goodreads can have a meteoric effect. Readers are gold!
How do you feel about self-publishing vs traditional publishing?
There’s a stigma associated with self-publishing, and it’s somewhat deserved. In general, there are no quality controls and it’s easy to do, so a lot of self-published material isn’t up to the standard required for traditional publishing. The average income derived from a traditionally-published work is also higher.

That said, I self-published my first novel. I enjoyed the technical challenges, the level of control, and the ease and speed with which it could be done. I haven’t decided whether I’ll strive for traditional- or self-publishing for Hot Quolls, but I’ll have to do so soon! 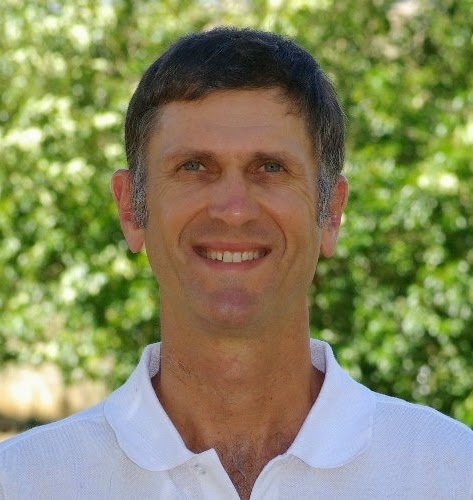 Author Interview, Peter McLennan, Who Will Save the Planet, Young Adult