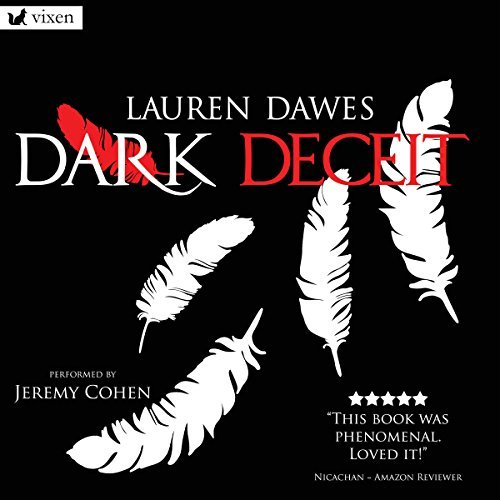 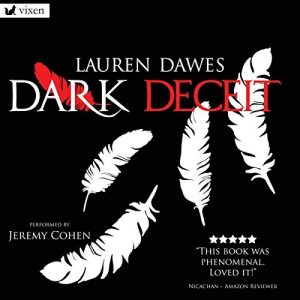 The Aesir gods’ power has waned with their lack of followers.  The valkyries have abandoned Odin, yet remain loyal to each other.  The rest of the pantheon are scattered and a “dysfunctional” family at best.  Dark elves, formerly hunted by the Norse gods, are assassins and Korvain is amongst their best.  Loki…well you’ll just have to listen to it to find out what Dawes does with her version of Loki.  All I’ll say is that you won’t think of him the same way again.

Korvain is sent to assassinate Byrn, Odin’s favourite valkyrie.  Now, you know where this is heading – of course he falls in love with her. The romance between the two is written well and is both sweet and very passionate, and counter-balances the violence of the plot nicely.

This novel is rife with ancient feuds, pantheon politics, crime, and murder and is appropriately set in a dark, urban, grimy environment that you’d expect from a crime noir novel.   I liked it.
I also liked the choice of narrator, which surprised me as I’m not generally a fan of American audio narration.  (Apologies to my US friends.)  Jeremy Cohen is easy to listen to and the clarity and pacing of his voice meant I’d no trouble keeping up with the story.  He produces a broad range of male accents, making it easy to pick characters, and has the kind of voice you’d expect in crime noir.  (He could easily play Sam Spade).  This is ideal in Dawes’ dark world.  (My only complaint was that this didn’t lend work well with his narration of the female roles – I came away feeling the valkyries were a bit whimpy.)

Overall I enjoyed it and fans of Feehan, Kenyon and Ward will love it.

Find it on Audible