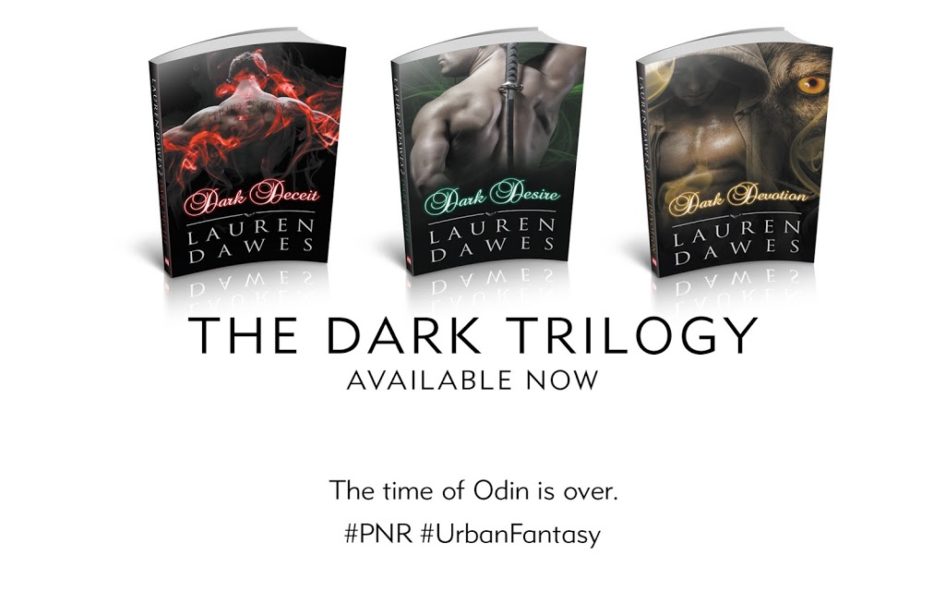 Did Marvel Get it Right?

Lauren Dawes is the Australian author of The Helheim Wolfpack Series (Half Blood, Half Truths, Half Life & Half Caste) and The Dark Series involving Norse gods (Dark Deceit, Dark Desire and Dark Devotion).
Both are urban fantasy with “hint of paranormal romance” and “you won’t find any friendly vampires in between the pages of her books; just blood, teeth and violence.”
Odin. Loki. Thor. All these characters are famous because of Marvel comics, but do you really know the truth about them? It might come as a surprise to learn that Marvel comics actually got a lot of the facts wrong. 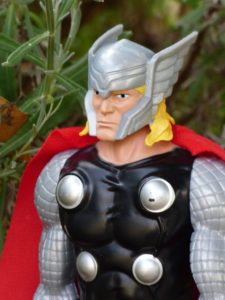 In my Dark Series, I tried to stay as true to the original stories and Eddas as I could. Today, I thought I’d talk about the differences between the original (and the best, in my opinion) and the ‘revived’ characters brought back to life by Stan Lee and Marvel.

Let’s start with Odin, also known as the All-Father. Usually depicted as an elderly man with a long beard, Odin is the god of gods. He only has one eye because he sacrificed the other to drink from Mimir’s Well – a place where he could gain knowledge and wisdom about the past, present and future. But the Odin of Norse mythology is vastly different from the Odin portrayed in Marvel’s comics and movies.
The Odin of the Eddas was not a gentle god. He was a feared warmonger, and enjoyed starting fights. If there was a battle among the humans, he would take his pick of the slain by sending his beautiful and equally fierce Valkyries down to Midgard (Earth) to pluck the souls of the most worthy warrior to bring them to Valhalla – a great hall where the warriors feasted, drank and fought. If someone were ‘killed’ again in a battle in the hall, they would simply be revived the next day to start all over again. In contrast, Marvel’s Odin is the peaceful, loving father of Thor and Loki. He is a diplomat and (apparent) pacifist, the complete opposite of what the Norse people intended him to be. Life was hard for them and they had hard and ruthless gods to fear.
The second character is Loki. Loki is known as the trickster god and the other Aesir were wary of him because he was always playing pranks on them. He was not evil and diabolical as Marvel tried to portray. He was just a mischief-making being – and in actual fact not a god at all. He was brought into the fold by Odin who considered him as a brother even though they were not related by blood or marriage.
According to the Eddas, Loki’s final prank was the one that cost him the most. Here’s the condensed version: Odin’s oldest and most beloved of all the gods, Baldr, was killed by Odin’s youngest son, Hodr. Hodr was blind, and tricked by Loki into killing his brother with a branch of mistletoe. Baldr fell down dead when the seemingly harmless plant hit him. The gods saw Baldr’s death as an omen for their own downfall. In order to save Baldr and bring him back to life, Odin ordered everyone to weep for Baldr’s death, but Loki, disguised as a giantess, refused. When Odin found this out, he bound and imprisoned his blood brother until the end of time (for the full story, click here).
And finally we have Thor. Thor is perhaps the least affected by Marvel’s reinvention. The biggest misinterpretation Marvel made was making Thor blond and clean shaven. According to the Eddas, he was a red-head with a big beard. He did in fact have a hammer called Mjollnir, but in order to increase its power, it required a special belt (which were never mentioned in the comics or the movie). The Norse believed that thunder was produced by Thor and his hammer as he rode on his chariot pulled by two goats (which were also never mentioned…I guess goats aren’t that impressive!)
It’s this rich history that made my decision to have some of the Norse gods in my Dark Series as my main characters so easy. If you love your Norse gods, and want to read a dark urban fantasy tale of their struggles in modern day Boston, make sure you pick up your copy of the first book in the series, Dark Deceit.
“Lauren Dawes has crafted yet another masterpiece.”
Brandi, Goodreads, 5 Stars 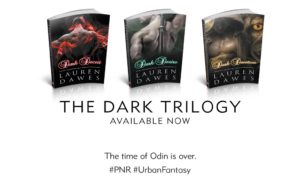 “If you especially love books by authors Gena Showalter & J.R. Ward then you will love the Dark Series by Lauren Dawes. I cannot wait for the next book Dark Desire!!”
Jessica, Goodreads,5 Stars.
To Find out More:
https://www.authorlaurendawes.com/dark-deceit-details