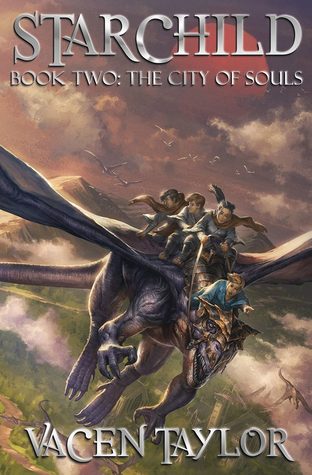 Starchild: The City of Souls by Vacen Taylor
(Book 2 in The Starchild series)
(Pub: Odyssey Books,  2013)
Contributor: Jordan Sayer
Jordan is a Melbourne middle grade student who is developing an obsession with fantasy books (and good on him!) In this segment I’ll share his books reviews and from time to time other pieces of writing.

The Star Child – The City of Souls by Vacen Taylor is yet another action packed, thrilling adventure with many more imaginative creatures which were more easy to visualise than those in book one because the descriptions were more detailed.

The characters acted like modern kids, but I would have thought they should have acted differently – perhaps more old fashioned. I still liked the different personalities of each character.
Just like book one the novel consists of sections of dialogue that still extend longer than I felt they should. The story is a little more faster paced so there is more action. The story flows well together from book one to book two – it almost literally starts off where the last book finished. Taylor keeps the storyline going and the subplots intwine together nicely.
It is just as interesting as book one with even more interesting creatures, weapons and mystical places. Again the book is breathtaking and worth the time reading!
Four and a half stars! 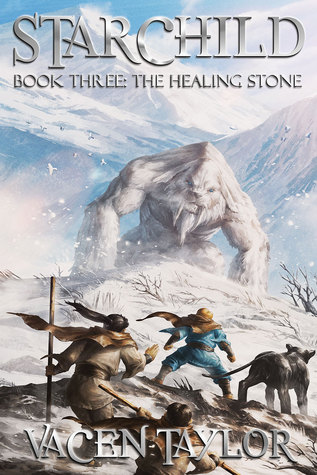 The Healing Stone by Vacen Taylor is the third action packed, thrilling adventure in The Star Child series. After the four kids find the Silvershade they escape the Wilder Forest city just before the underworld unleashes its power and burns down the forest. The three kids then have to help Long, when a demon tricks him and possesses his body. From then the four kids race against time to reach the Ice city and the Healing Stone in order to save Long’s life.
There were creatures that were pretty much all the same, except a few new ones were introduced to the characters and the reader. As in book two, they were still easy to visualise because the descriptions were detailed. Vacen created a few new weapons and mystical places which helped make the book more interesting. I still liked the different perspectives of each character.
The story sometimes felt slow moving because of too much dialogue. Although the story was a little faster paced than the other books. The story keeps flowing from book to book well, the storyline going and the subplots interlink together nicely.
Four and a half stars!