I must confess at that I know the author Patricia Leslie, however I can assure you that this has not influenced my review. If I read a book by someone I know and I don’t like it, then I simply will not rate or review it. Gladly, though this is not the case with this book – I loved it. 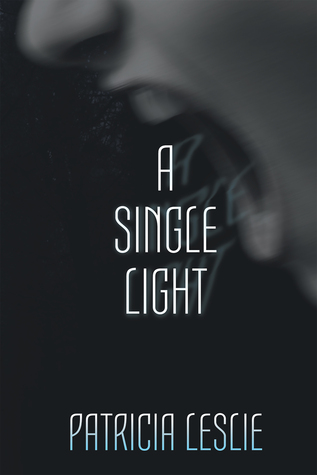 Patricia Leslie’s first book The Ouroboros Key was a good read, but with A Single Light, she has surpassed herself. (To see my earlier interview with Patricia on A Single Light, click here.

A Single Light is urban fantasy, but I believe it could easily be classed as a paranormal fantasy too. It has been suggested that it could also be classed as a horror story, but I think that’s inaccurate. I didn’t find it horrific in the least – engrossing yes, horrific no.

Within the story there are three groups of beings. 1. The Afflür; 2. The Bledray; 3. Humans. The Afflür and Bledray can exist in different planes of reality and take different forms. Amongst the Afflür there are “hunters”, who serve to protect humans from the Bledray. The Bledray are soul sucking vampires; they feed off the life force of humans, consuming them totally.

Set in the southern suburbs of Sydney, Cronulla – the Sutherland Shire, this story centres around a series of mysterious disappearances and the ensemble cast who gather to investigate them.

One of the first characters we meet is Lael, a hunter who is drawn to the area by the “disappearances.” Next we meet veteran journalist Rick Hendry who is covertly contacted by a federal agent, Anthony, to assist with the investigation into the missing people. As the story is unveiled they are joined by three others – journalist Gabriela, Jaime – a doctor from the coroner’s office and her boyfriend Ben.

By now you would have inferred from my earlier paragraph that these missing people are the work of the Bledray; you’d be correct. In fact the Beldray are gathering in huge numbers…and the threat to humanity feels very real.

The book opens with a passage from “The Journal of Malaik”, a former hunter. It was this passage that had me hooked on this story. Leslie’s writing immediately immersed me in this scene, the imagery was such that I was able to clearly visualise the blasted, blackened world depicted here. Each chapter is preceded by a short excerpt from this journal and the writing in these passages has an interesting rhythmic structure and a kind of poetry that makes it genuinely read like the mystical musings of another race. It adds to the story by providing cryptic clues, and enhances the storytelling atmosphere beautifully.

No matter the writing, stories are always diminished if the characters are not realistic, fortunately I enjoyed the characterisations within A Single Light. Hendry comes across as the jaded, experienced journalist in every way from his permanently dishevelled state, his style of life and his bitterness. Gabriela was his young protégé, now friend, and tries to get him to “hold” his life together. The relationship dynamic between the two, younger protégé turned watchful guardian against his further decay is realistic. The curious, yet frightened, Jaime and her boyfriend Ben, curious without caution, are portrayed very well. The dialogue is excellent and struck me as being just what I’d expect to hear Australian’s in this situation say – I believed it and them.

Overall this book comes across as more polished, tighter and more confident than Leslie’s last book, The Ouroboros Key. I found myself reading sentences and pausing, thinking, “Gee, I like that phrase,” or “What a good way to express that.” I get all sorts of writing to review and I rarely stop and think this.

The pacing was excellent and rarely, maybe the odd half page here and there, did I get impatient and want things to speed up. Seriously, I think this was just because I was totally hooked. The action sequences will suck you in and the climactic scene met all my expectations – thank goodness.

If you like paranormal fantasy / urban fantasy I urge you to read A Single Light. It ticks all the expected boxes, but Leslie puts her own twist on the genre. I can’t wait to read her next book.