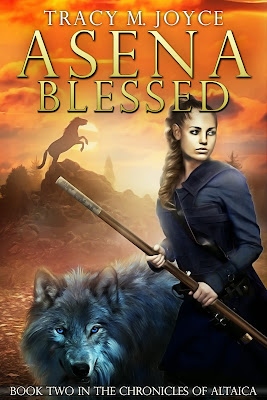 At the whims of Gods and Men…

Isaura has emerged from the spirit realm forever altered. No longer a pariah, she embraces the future offered in Altaica, but learns that her survival has come at a price. Her transformation is the perfect weapon for Elena to use against her.

The mysterious Asena and The Lady vie for Isaura. Caught between two ancient powers, Isaura must try to make her own path.

Master spy Vikram launches a counterinsurgency against Ratilal and Faros, weaving innocents into the plot to bring him down. Ratilal prepares to wage war against Karan and Baldev. Desperately, he seeks clandestine means to wreak revenge on them in the very heart of their territory, with devastating results.

With enemies nearing, Isaura must learn to master her powers. Aid arrives from the most unlikely source—one who knows no rules and respects no one.

Having run from one war she will not run from another…

The battle is joined.