As a strong believer in gender equality, I thought it my duty to watch this film. The trailers were captivating, empowering and inspiring, and the film was ever more so.
It is a real tribute to the incredible strength, endurance and determination of the Suffragettes, who so famously sacrificed so much to give every woman in the United Kingdom the right to vote, and the right to live as she deems fit.
This period drama takes place in 1912 – 1913. It is a world dominated by the man, and is run on the backs and hard labours of their women. Maud Watts (Carey Mulligan) is one such woman. A laundress since she was seven years old, she works in horrific conditions and for so little pay. She suffocates under the fumes and steam. She suffers burns and ulcers on a daily basis. And what’s worse, she is managed by the vile, prevented and dictating Mr Norman Taylor (Geoff Bell) who slimes around the factory floor; leering at, groping and menacing his female employees – partly to keep them in line and partly for his own amusement.
This disturbing and outrageous mistreatment of women in the workplace plays a vital part in the story’s backdrop. And it is only amplified, as we follow Maud to the House of Parliament. At the last minute, she is drafted in to put the case for women’s suffrage to the then-chancellor of the Exchequer, David Lloyd George (Adrian Schiller). Originally, it was her politically active friend Violet (Anne-Marie Duff) who was to give testimony, but she arrives beaten by her husband and unable to speak. It is in this moment that Maud begins to grasp the bigger picture. And when the Prime Minister scuppers the voting reform, when the police start to attack and beat the Suffragettes, she realises she can’t do anything, but join the cause. 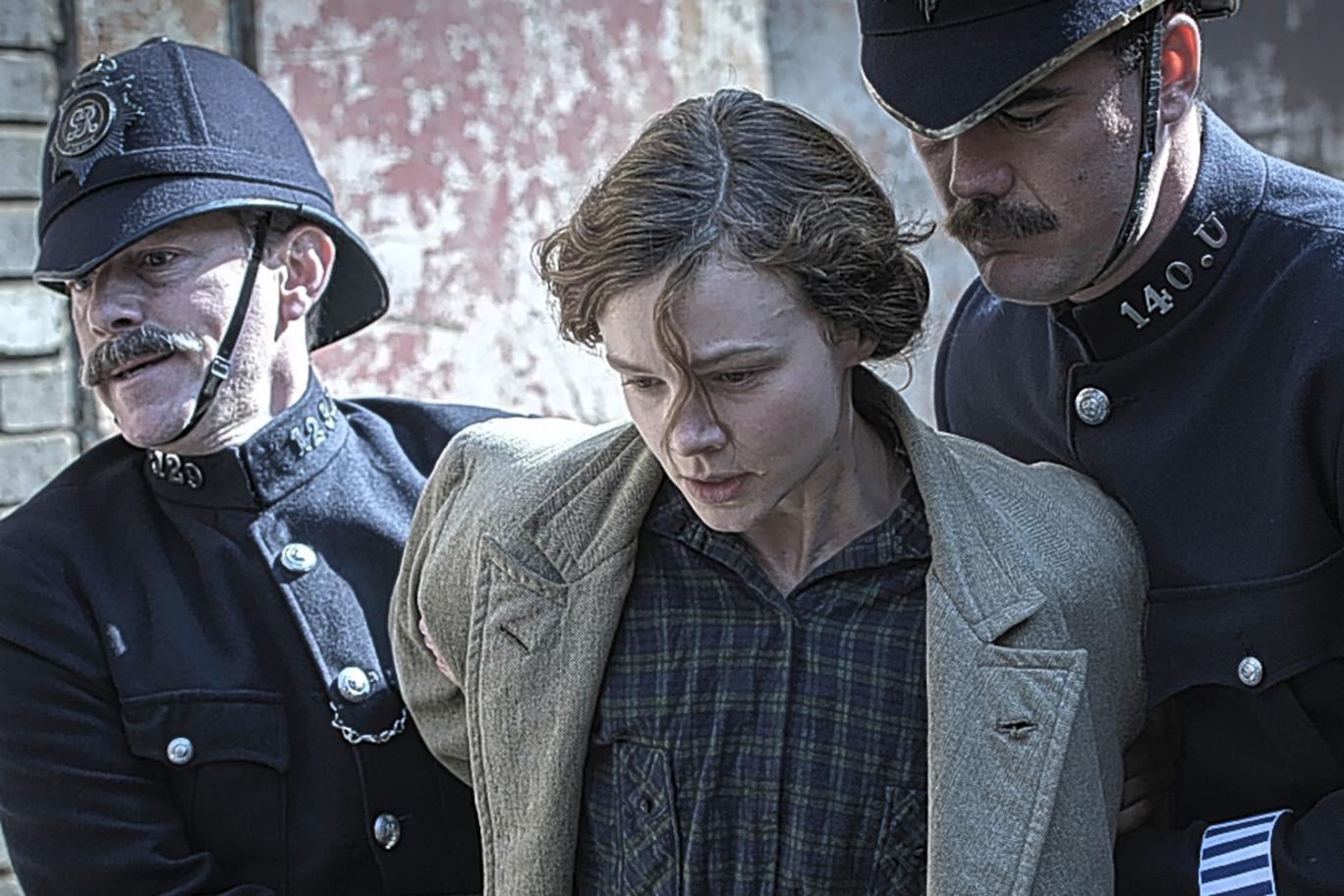 It was this scene that hit me the most. The sheer brutality, cruelty and force of it all was heart-breaking. To believe women should endure such violence is beyond me. All they wanted was for their voices to be heard, and in return they were lied to, betrayed and beaten for their worries. I’d be lying if I said I didn’t scream and curse, because I did. No woman should have to endure that. Ever.
But on the theatrical side of things, the scene was wonderfully captured. Like contemporary news footage, Gavron used tight framing and a long depth-of-field to de-beautify the action, and lend it a bustling immediacy that really sweeps you up into the mood of the moment.
Another scene to rock me to my core was Maud’s brutal force feed, while in prison a second time. Now a committed Suffragette, Maud goes on a hunger strike for five days. On the sixth day, nurses and a doctor storm in to her cell, ram a black pipe up her nose and force her milk. Horrific doesn’t even begin to cover it, but I guess scenes like this have to be, if they are to portray the harsh reality of the time. Women were mistreated everywhere. It was a fact of life, regardless of how well you behaved. Maud knows this better than anyone. 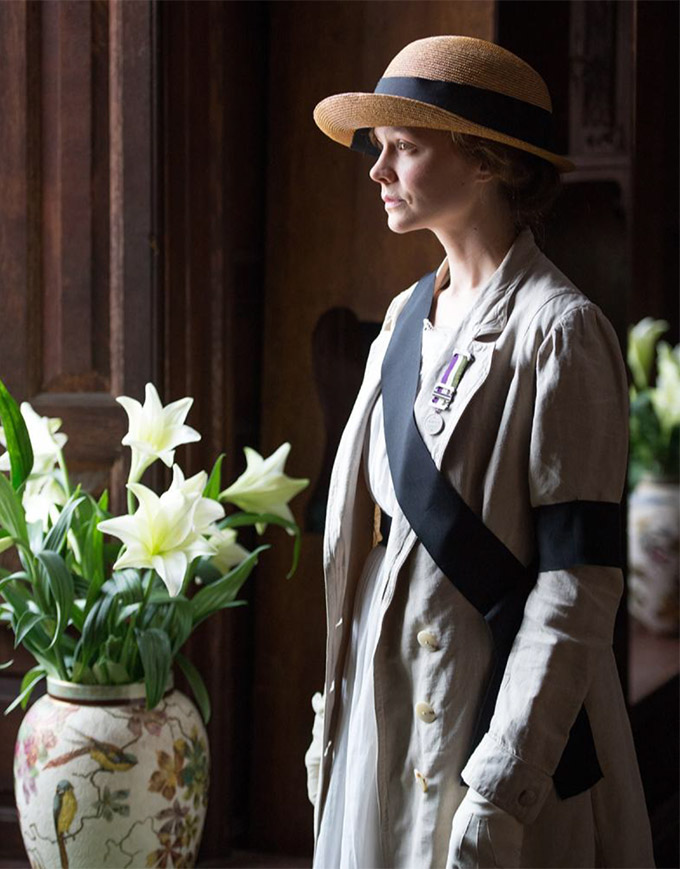 Carey Mulligan’s performance was awe-inspiring and incredibly powerful. The film plays out in her eyes, in her perspective. You see her highs and terrible lows; watching Maud being torn from her young son was perhaps the worst and the most heart-wrenching scene I have seen in a long time, and Mulligan expressed it so fully and brilliantly. Throughout the film, you see the growing emotion flicker across her face, as Maud comes into her own and finds her voice. Her interview and confrontation with Inspector Steed (Brendan Gleeson) was fierce and powerful. It really demonstrated Maud’s new found confidence and fight. I loved every moment of the conflict exchanged.
The performances by Helena Bonham Carter and Anne-Marie Duff were as equally brilliant; both demonstrating other hardships such as illness, pregnancy and abusive relationships. Meryl Streep makes a brief cameo as Emmeline Pankhurst, who makes a rather magnificent and empowering speech from a London balcony; encouraging her followers to take control of their own destinies and to keep fighting. In her eyes, it is “better to be a rebel, than a slave.”
And I have to agree.
Overall, this film lived up to my expectations and made me ever more grateful to the lives and struggles those women went through to allow me to live my life as I should. I believe we still have a long way to go until there is absolute equality, but I hope with all my heart that this film awakens that need, that drive to take action and to do something about it.