Farah Oomerbhoy
Faraah Oomerbhoy is the author of The Last of the Firedrakes, Book One in The Chronicles of Avolonia.  The Last of the Firedrakes has been an enormous success on Wattpad, with over 1 million reads and over 63,000 votes.  It was published by Wise Ink Creative Publishing in August this year.
You can read my review here:  http://tracymjoyce.blogspot.com.au/2015/09/book-review-last-of-firedrakes.html
Please tell us a little about yourself? Thank you so much for having me on your blog, it’s a real pleasure to be here.
I just turned 38 years old on the 13th of October. I was born and brought up in India, and live in Mumbai with my extended family. I’m a mother of three wonderful kids.
I love Nutella and coffee. And I write books.
Ever since I was a little girl, I’ve dreamed of travelling to magical worlds and exploring fantastical places found only within the pages of a book. Almost all the literature I read as a child had some element of fantasy woven through it. Those were the stories that stuck with me and encouraged me to write fantasy.
As a mother, I have the added opportunity of exploring these wonderful books again. Right now my children and I are reading the Magic Faraway Tree series by Enid Blyton, my absolute favourite books.
What literature do believe has influenced your writing?
There have been many influences on my writing; from Enid Blyton’s Magic Faraway Tree series and C. S. Lewis’ The Chronicles of Narnia series, to T. H. White’s A Once and Future King and Tolkien’s Lord of the Rings series.
J. K. Rowling’s Harry Potter series, Roald Dahl’s Charlie & the Chocolate Factory, Diana Wynne Jones’ magical worlds, Lewis Caroll’s Wonderland books, Ursula le Guin’s Earthsea Quartet and J.M Barrie’s Peter Pan, have all in some way contributed towards my love for magical adventures and fantasy worlds and inspired me to write fantasy for young people.
There are many others that have influenced my writing in this genre. David Eddings’ Belgariad series and Terry Brooks’ Sword of Shannara books made me realize the true extent and scope of epic fantasy.
In addition, Tamora Pierce’s Song of the Lioness Quartet was very instrumental in the creation of my main character Aurora. It made me better understand what fantasy looks like with a young girl as the hero.
Are the use of the names Aurora, Morgana and Avalonia a tribute to stories you loved when you were younger? (Alternatively what influenced your choice of these names?)
Yes, absolutely. The legends of Arthur, Camelot, Morgan le Fay, and the Knights of the Round Table were one of the main legends that consumed much of my early reading.

Can you tell us a little about The Last of the Firedrakes?
Aurora is in essence a modern teenager. She has lived her whole life in this world with modern technology, so she is more relatable to the readers. She only enters the fantasy world of Avalonia after she turns 16. Everything is seen through Aurora’s eyes and the reader explores the world and finds out more about it along with her.
One of the main concepts of the story is that Aurora could be anyone; that at any point of time it could be you who could open a cupboard, enter a library, or step into a tapestry and be transported to a magical world.
It gives the reader a chance to go on a wondrous adventure and explore concepts that they could never do in real life, within the safe confines of the pages of a book.
This is book one in The Avalonia Chronicles –how many books will there be in the series?
The Avalonia Chronicles is planned as a three book series. But you never know. There could possibly be more books in this world.
When can readers expect the next instalment of Aurora’s adventures?
My readers have been so wonderful and I am so grateful for everyone’s support. I know many of my fans are waiting for book 2, and I have started writing the first draft. I am trying to get it ready as soon as I can, but, realistically I don’t think it will be ready for release until the end of 2016.
Do you have a writing routine and favourite spot to write?
Yes, I do have a routine and I try and stick to it as much as I can. It does tend to get difficult since I have three little children and it gets hard to write at a specific time. Usually, I prefer to write at night, after the children have gone to sleep and the house is quiet. But during the day I do research, read, and make notes about the book. Usually I prefer to write in my room, on the couch with my laptop, with a big cup of hot chocolate with a generous helping of marshmallows to keep me company.
What advice would you give young writers who ultimately want to be published
authors? 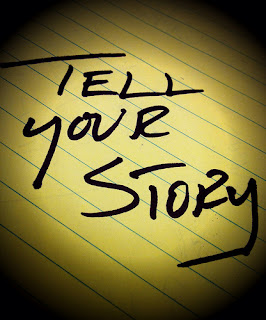 One thing I’ve learned through this whole saga of trying to get my first book published is that you should never send your manuscript out to agents or publishers until it’s absolutely ready. I would also advise working with an experienced editor in your genre to polish the manuscript before you send it to anyone.
For those of you who want input on your writing or just want people to read what you’ve written to gauge their response to your work, then Wattpad is a wonderful way to reach many readers and interact with them while they read your book. It is a great platform to meet other aspiring authors, make friends who love the same books, and get your book noticed. Many authors have gone on to get agents or major publishing deals after their books did really well on Wattpad.
But the most important thing to remember is to always keep on writing. Even if you never intend to use that chapter, just get the words on the page. You know what they say, “you can’t edit a blank page.”
Connect with Farah:

Award-Winning Finalist in the Best Cover Design: Fiction category of the 2015 USA Best Book Awards
“…the narrative components echo the classics; the Academy of Magic at Evolon could be Hogwarts, while the Shadow Guards are reminiscent of Tolkien’s Ring Wraiths or Rowling’s Dementors…a beautifully drawn fantasy world.” – Kirkus Reviews

“THE LAST OF THE FIREDRAKES is a magic-filled romp that carries you back to the fantasy stories of childhood…Oomerbhoy writes particularly mouthwateringly about the food in Avalonia: a breakfast of hot chocolate and cinnamon nut-bread with strawberry butter, anyone? Or what about a woodland picnic where meat pies and cheeses are spread on flower-strewn barrels and glass balls filled with juices hang from the trees? Lovers of classic fantasy will likewise gobble down Oomerbhoy’s scrumptious story.” – Dr Vic James, author of the SLAVEDAYS trilogy

“The world building is beautiful…..That really made the book more complex for me……it is the journey of discovery for Aurora and the reader that makes this an interesting story.” – Janelle Fila for Readers’ Favorite