Part 2 of my interview with Meredith Rose, author of Chains of Silver. Meredith gives truly excellent advice on getting the most out of  Wattpad. 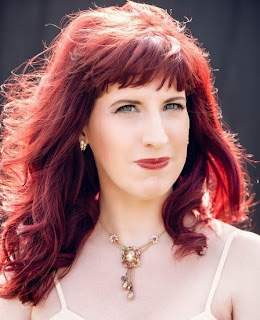 How long have you been using Wattpad?
Almost a year and a half now. I’m really enjoying it. I’ve been a bit MIA the last few months because of working on moving house, but I’m hoping to become more active again later this year after we get settled.
Is a great cover essential for Wattpad? Who designed your cover?
I did the cover myself. I enjoy dabbling in graphic design, but I’m not confident that my work looks as professional as it should for a published book. I would say for Wattpad, a nice cover is very important—but it’s most important for the font to be easy to read, especially at thumbnail sizes. But if I wasn’t able to create a reasonably decent cover myself, I wouldn’t spend money on a professional cover for Wattpad. It seems like there are a lot of very talented graphic artists on Wattpad who are willing to help out other Wattpadders, and that’s what I would rely on. I think getting the best cover you can with your current resources is a good idea.

That said, the best cover in the world won’t save a story that is poorly written. So I think for writers, the best thing you can do for your story is learn the writing craft and work on telling a great story. If you can get someone to do a nice cover for you, great. But if not, don’t let that hold you back or take away your focus from your work.
How have you found Wattpad to be helpful?  Are there any drawbacks?
The thing I’ve enjoyed most about Wattpad is meeting the other Wattpadders. They seem like lovely people and it’s so fun to interact with them. It’s especially helpful to me when I get comments on the story. It lets me know what is resonating with readers, or what is confusing them. Wattpad is like having thousands of beta readers, and that is truly a treasure.

Wattpad:http://www.wattpad.com/user/wildwoodgoddess
What suggestions can you give authors who are starting out on Wattpad for the first time?
Depends on the author. For authors who are more established, or who are significantly older than the primary demographic of Wattpad users, I think they need to ask themselves what their goals are for being on Wattpad. What do they hope to gain? Are they targeting primarily younger readers (like under 40) and aspiring writers? If not, then this might not be the best site for them. I’ve heard some authors gripe about the demographics on Wattpad, and in every case, it’s because they joined without knowing what Wattpad was all about. But that’s a failure on their part to research and understand. Wattpad shouldn’t be something like Facebook where you join just because it’s what everyone else is doing. Have a purpose and understand the site and culture before you barge in.
For younger writers, or those just starting out, or established authors like myself who are expanding or changing readerships, Wattpad is a wonderful place to network, build relationships, get encouragement, learn, and have fun. I think the key is to respect the Wattpad culture and respect other users and their work. Don’t come in with a ‘tude. I have been so encouraged and inspired by other users on Wattpad, whether they’re 13 or 60, whether they just started writing or are already multi-published. I think appreciating other users as unique and valuable people is the best way to approach Wattpad.
On the practical side, it seems like serializing your story works the best. If you do serialize, be consistent and regular with posting your installments. Communicate with your readers—if you’re going to be late on this week’s chapter, let them know. Respond and interact with commenters—nicely, of course. Show that you appreciate the time they took to read and respond to your work. Having readers is a privilege, not a right. Be thankful. Learn to be a good self-editor—don’t put up a rough draft. Don’t abandon the story half-way through, or get frustrated and scrap the whole thing or make major changes once you post. It will confuse and frustrate your readers. Minor changes are okay, but be considerate of your readers if you want to keep them.
How can new users best engage the Wattpad community? ie What should and shouldn’t they do?  (This will be particularly useful as some people whine a lot about a lack of engagement, but they’re not doing the “right” things on Wattpad!)
I guess this ties in with my answer to the above question about how to get started on Wattpad. My best advice is to treat others the way you want to be treated. Do you want to be constantly told “read my book, read my book”? Likely not. So don’t do it to everyone else.
Don’t message people asking them to read your work or to critique it for you. There’s a critique forum where you can do that.
If you want to build relationships, then the best thing you can do is take a genuine interest in other people. Leave comments on their stories. Follow them. Ask them how they are doing. Get to know them. You know—do all the things you do when you want to be friends with someone.
So basically, DON’T USE PEOPLE. Don’t be selfish. Help others before you ask for their help. Encourage other people. If you want to have engagement, you have to engage with others. Don’t wait for them to come to you.
If you find a writer you really like, tell them. Ask them if there’s anything you can do to help THEM. Do they need a cover designed? Could they use a beta reader? Would they like some research help? Do they need some encouragement? (Hint: YES—everyone pretty much needs encouragement all the time.) When you give to others, without strings attached, you open the door to friendship. And when you have real friends, they usually like to help you out in return. But it has to be real and unselfish. You can’t demand.
It takes time and effort. And sometimes, you’ll reach out to someone and they won’t reach back. That’s okay. Probably not personal. It’s just the way it goes. Keep at it, and you’ll build your circle of friends.

Have you found that to utilise it properly takes a huge amount of time?

Yes and no. I think it can take as little or as much effort as a person wants to put into it. I go through phases where I have more time to spend on Wattpad, so I do. I’ve led a writing workshop, I’ve done some private mentoring and critiquing, and I’ve had some great conversations both on public forums and in private messages.
But other times, I barely had time to post my installment for the week and reply to comments. Right now, I haven’t been active on the site at all because of the move and everything going into that.
I think it’s important to not put too much pressure on yourself. Do your best, and if it’s feeling like a burden, then back off. Do what is fun. When it becomes a chore, take a break. Try to keep your posting commitments if you’re in the middle of a story, but otherwise, be gentle with yourself. Wattpad is only one small part of your writing or reading life, so keep it in perspective.
Writing is a solitary endeavour and many writers are often beset by self-doubt.  Does this affect you? How do you deal with this?  Does Wattpad reduce some of this isolation?  Does the feedback from Wattpad help with those moments of self-doubt? 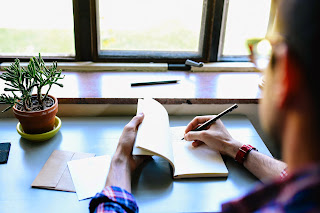 Absolutely! Actually, when I started on Wattpad, it was after my agent had tried for nearly a year to sell Chains of Silver to a publisher, and we came up totally empty every time. For any author, that is terribly discouraging, but it was especially for me because I’ve had four previous books published. So there’s always the question of “am I losing my touch” or “did I miss my opportunity.” My mind automatically goes straight to “What is WRONG WITH MEEEEE?”
I think that’s pretty typical of most writers. Writing is in so many ways intensely personal, and so when the work is rejected or there’s a career setback, it can feel like a personal rejection. Plus, as you say, it’s a very solitary kind of work in so many ways.
Wattpad has definitely helped me so much with this. Every time I get an excited comment from a reader, it’s beyond encouraging. I’d say it’s healing. That sting of rejection gets a bit less. It makes me think that maybe I’m on the right track after all, and it’s encouraged me to publish the series myself.
Do you get much feedback from your readers? (Do you have stats on the number of comments?) Has the feedback from Wattpad readers altered your writing?
I have been very blessed to get a pretty steady stream of comments. There are a few chapters where I don’t think anyone commented, but most chapters have at least a few.
It has influenced my writing. I used the reading and commenting stats on Wattpad to try to analyze which chapters were resonating with readers more than others, and then to adjust the ones that seemed to be falling flat. I ended up making some changes to the first three chapters that seem to have helped keep readers engaged with the story and draw them in. That wouldn’t have happened without Wattpad.
Has your exposure to Wattpad taught you anything new in regard to the business of writing? (Here I’m thinking more of marketing, networking etc)
I don’t think there’s been anything new for me, particularly. But I’ve had the benefit of a lot of marketing workshops and training over the years. Not sure how good I am at implementing it, but I know a lot of theory!

For me, the biggest help Wattpad has given me in terms of the business side of writing is simply further insight into my target readership. I think the more you understand your readers, the more you know what to give them in your work. Businesses spend billions of dollars trying to define, understand, and then market to their target audience. Wattpad gives me the opportunity to engage with and build relationships with my target readership for free, and that’s invaluable.
Would you recommend Wattpad to new authors?

Definitely. With all the caveats above, but yes for sure. Wattpad users have managed to keep a very positive, encouraging culture for the most part, and it’s a great place to grow and learn and build relationships.